In some parts of Scotland, whisky-making has a tradition that runs uninterrupted for several centuries. Let’s examine some of the producers that have a history stretching back for centuries.

As opposed to most commodities, with whisky the older the better. That’s true for individual bottles, but also for distilleries that produce this wonderful spirit – particularly in Scotland, where this type of activity has a long-standing tradition. It isn’t uncommon at all for Scottish distilleries to date back to 19th century, while a selected few had been established in the late 1700’s.

However, determining which of the present-day whisky producers deserves to be called the oldest in Scotland is not a simple matter. Here are some of the brands with a plausible claim: 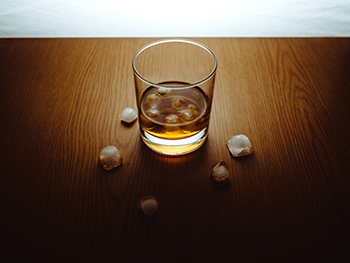 Glenturret (1775)
Commonly cited as the oldest Scottish distillery that continues to operate in its original location, Glenturret started out as an illegal facility on a private farm. It gained an official license in the early 19th century, but underwent several ownership changes and a period of inactivity in the mid 20th century. The production was eventually resumed, though pundits disagree whether the successor brand can be truly considered to be the same as the original one.

Bowmore (1779)
With a capacity of around 2,000,000 litres per year, Bowmore contributes a good deal to the total whisky output of Scotland. What’s more impressive is that the plant has been on the map for well over 200 years without losing a step in the race with the ever-increasing number of competitors. Located on the shore of Loch Indaal and famous for its ageing vault, the distillery boasts a sterling reputation that’s unlikely to be challenged in the decades to come.

Strathisla (1786)
This distillery is situated in the north of Scotland, and its premises still have the old charm of Victorian-era countryside. Its product is not well known in the open market because most of it is used for the blending of Chivas Regal along with whiskies from several other sources. However, there is little doubt about the tradition that Strathisla whisky can demonstrate, since it has been warming the hearts of Scotsmen for more than two centuries (and running).

Balblair (1790)
Another pretender to the title of oldest existing whisky distillery, this plant has the official records to demonstrate sales dating back to at least year 1800. Also located in the remote Highlands region of Scotland, Balblair distillery had a tumultuous history and was out of business for nearly 40 years in the first half of the 20th century, only to be resurrected and developed into one of the more respected brands in the local market and abroad. 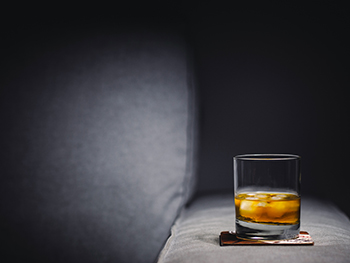 Oban (1794)
A relatively obscure distillery that sits in the western portion of Highlands, Oban dates back to the period before whisky was manufactured on an industrial scale. As an extremely small facility (owned by a huge corporation Diageo), Oban has built a very exclusive reputation among the high-end whisky drinkers and is in quite high demand presently. That’s quite amazing considering how many larger distilleries have been founded in the meanwhile, failing to match the expertise of the old masters.

Glenmorangie (1843)
Given that most Scottish distilleries started out as illegal operations, it is sometimes difficult to draw the line and say when production ‘officially’ started. Glenmorangie distillery is a great example of such a dilemma, since the modern plant was established in 1843 (relatively late by Scottish standards) but may have included parts of an earlier facility. If you believe the rumours, the distillery in this spot may have been built as early as 1700 – although this is nearly impossible to prove.

There are of course distilleries that haven’t survived the march of time and nothing makes us happier than when we hear about the reopening of three iconic single malt distilleries, Port Ellen, Brora and Rosebank, by 2020.

As you can no doubt see, whisky and old distilleries go hand in hand in Scotland, perhaps this is why the Scottish know just how to blend fine whisky!

If you are interested in a cask of your very own, check out our guide to cask buying.

8 thoughts on “6 of the Oldest Distilleries in Scotland”