Silent Distilleries Still Have A Lot To Offer!

A number of well-regarded whisky distilleries are now out of business, with the remaining stocks released occasionally to delight of collectors and connoisseurs worldwide.

Some of the most exquisite whisky brands come from small distilleries, and those can’t always make ends meet in the open market. Like in any other business, whisky manufacturers can go bankrupt, get bought out by larger competitors or in worst cases their facilities can be decommissioned. The distilleries that were once successful but no longer actively produce whisky are collectively known as ‘silent distilleries’ – since they are not officially dead yet but they don’t participate in the regular supply chain, either. Rather than rest in history books, these brands continued to live through stockpiled goods they produced while they were still operative.

What’s so special about silent distilleries?

Thanks to existence of leftover product in various stages of the aging process, a limited amount of bottles coming from inactive factories occasionally hits the market. Since whisky only gets better with age, such releases usually receive a lot of attention and can sometimes fetch top-tier prices due to a combination of quality and rarity. The exclusivity that’s typically associated with silent distilleries is a strong marketing driver, especially if the product in question can live up to expectations. That’s why it shouldn’t come as a surprise that some of the most prized whisky bottles carry non-existing brands on their labels, since these are usually coming from a plant that has a tradition stretching back for centuries.

Brora – almost exhausted, but not forgotten

Brora is probably the best known example of a silent distillery that still manages to cause a stir in the whisky drinking community from time to time. Founded in 1819 and originally known as Clynelish, the distillery was renamed in 1968 when the owners opened a new plant in the vicinity, and finally discontinued day-to-day operations in 1983. However, single malt whisky produced in this place is still around, since a 30-year old series was released in 2002, with another 25-year old edition following in 2008. Just when everyone thought the reserves were completely spent, 40-year old whisky was made available in 2014, reaching the price of nearly 7,000 pounds per bottle. 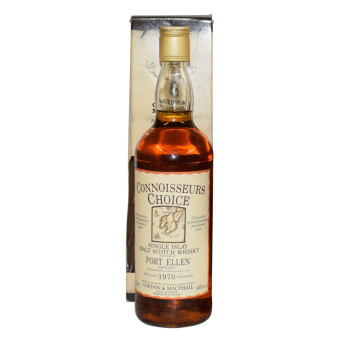 Port Ellen – a piece of history that keeps on living

Another notable silent distillery is Port Ellen, a picturesque factory located on Islay that was a significant player in the whisky industry back in the day. It was built in 1825 and produced primarily highly peated varieties of whisky for blending until it permanently closed its doors in 1983, although its drum malting facilities are still used to prepare barley for nearby distilleries. It is presently owned by the Diageo corporation, which also controls all remaining stocks of its single malt whisky – which is becoming more valuable every year as the available quantity dwindles. In addition to making whisky collectors happy, Port Ellen also welcomes visitors once a year – a must-see event for every true devotee of Scotch.

Look beyond the well-known brands

Dozens of distilleries were mothballed during the last several decades, including Banff, Saint Magdalene, Glen Mhor, North Port and many others. Some of those assume silent status for a while, before disappearing from the market forever. It may be worth keeping an eye on small editions of decades-old whisky that can still be purchased, since it soon may be too late to put your hands on a bottle originating from a silent distillery. If you take action now, a rare whisky brand can survive in your collection even after it completely vanishes from the shelves.