On the twelfth day of Christmas, my true love sent to me: A bottle of Springbank

This Christmas we’re asking you to help us select the Cask 88 ‘Scottish Distillery of the Year’, as part of our ‘The 12 Drams of Christmas’ campaign. Springbank distillery is one of our 12 chosen distilleries, find out more about the campaign and how to vote for your favourites. Click Here.

Why do we love Springbank?

Springbank is a rare thing, a Campbeltown distillery that was founded in 1828, that is still open and thriving today. Back in 1935, there were only two operational distilleries in the region and Springbank was one of them. Since then they have steadily established themselves as a high-quality distiller, with a process that involves a two-and-a-half-time distillation. According to the long-standing Director of Production, Frank McHardy, the process means “It’s lightly peated and very sweet spirit. The sweet, fruity character comes in part from long fermentations – up to 110 hours.”  The results are then released in very popular expressions of 10, 12 and 18-year-old whisky.

We have a selection of Springbank expressions in our online store a great example being the Springbank 12-Year-Old, 175th Anniversary Bottle 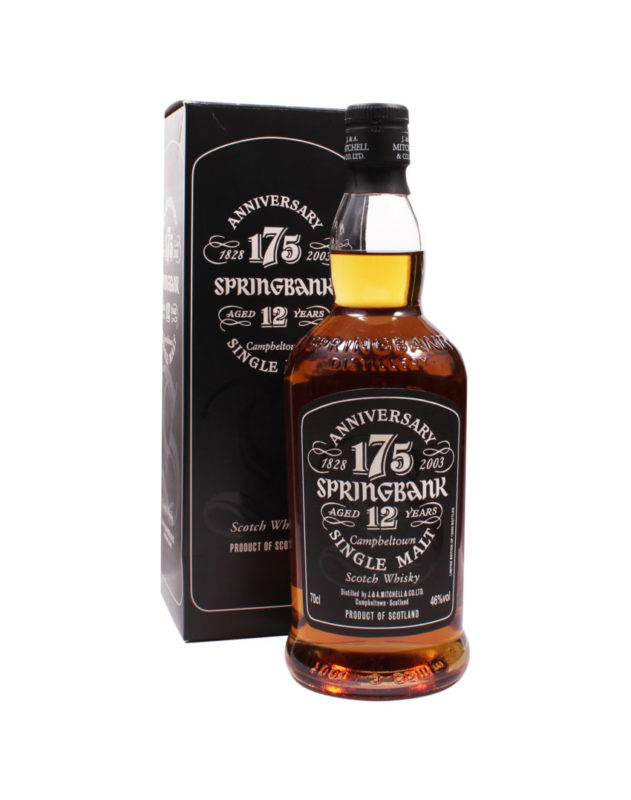 This superb Springbank 175th anniversary bottle is increasingly rare. It was distilled in Campbeltown and bottled in 2003 after maturing for 12 years. One of just 1200 bottles.