Edinburgh was home to a record-breaking whisky auction this week as an extremely rare Scottish whisky, The Macallan Valerio Adami 1926 60 Year Old was offered at Bonhams Auction House. 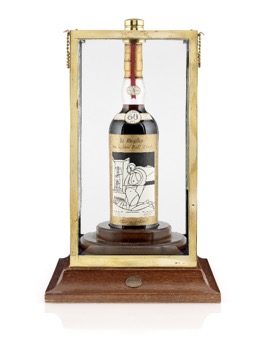 The new record-breaking price is £848,750, beating the previous record only just set in May 2018 for an identical bottle, and  Cask 88 were there to see the hammer drop.

Here is the moment the auction ended and the record price was confirmed.

The whisky was bottled in 1986. Macallan commissioned two world-famous Pop Artists – Valerio Adami and Peter Blake – to design labels for a very limited edition of 24 bottles, 12 of the Adami and 12 of the Blake labels. The bottle is elegantly presented in a specially commissioned cabinet or Tantalus, based on the traditional ‘Brass and Glass’ distillery spirit safe. It was bought by the vendor direct from the Macallan distillery for an undisclosed sum in 1994.

Although 12 bottles of The Macallan Valerio Adami 1926 were produced, it is not known how many of them still exist. One is said to have been destroyed in an earthquake in Japan in 2011, and it is believed that at least one of them has been opened and consumed.

Bonhams Whisky specialist in Edinburgh Martin Green commented: “The Macallan 1926 60 Year Old has been described as the Holy Grail of whisky. Its exceptional rarity and quality puts it in a league of its own, and the world’s most serious whisky collectors will wait patiently for many years for a bottle to come onto the market. It is a great honour to be offering this amazingly rare whisky at our Edinburgh sale.” 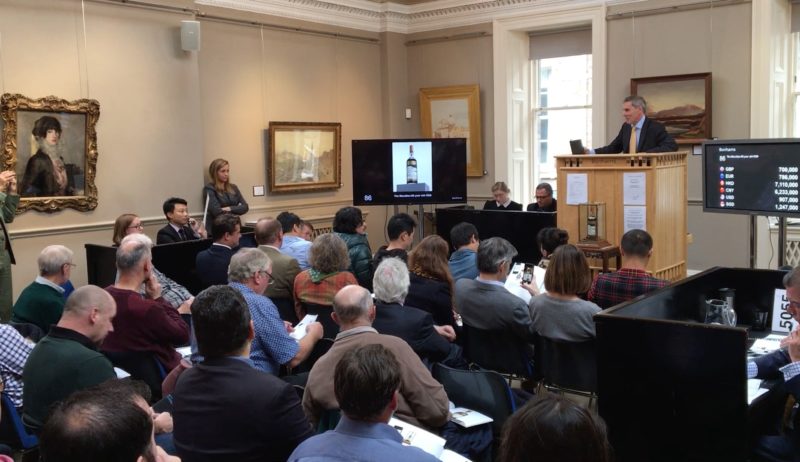 The renowned international whisky consultant Charles MacLean, who writes about The Macallan Adami 1926 in the latest edition of Bonhams Magazine, added: “Macallan single malt is the darling of whisky collectors and The Macallan Adami 1926 – with its Peter Blake stablemate – sits at the very pinnacle of the distillery’s distinguished output. All the appeal of Scotch whisky – the myth, the tradition and the romance – find its ultimate expression in this bottle.”

Charles MacLean recently opened Cask 88’s Single Cask Tasting Room, based at our Edinburgh HQ. As well as agreeing to cut the red ribbon he also chose to speak and join our guests in a tasting of fine examples of Scottish single cask whisky. 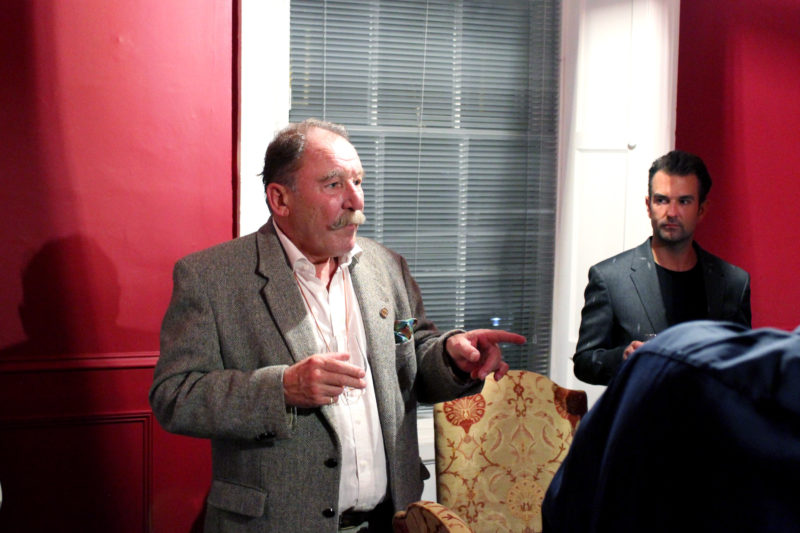 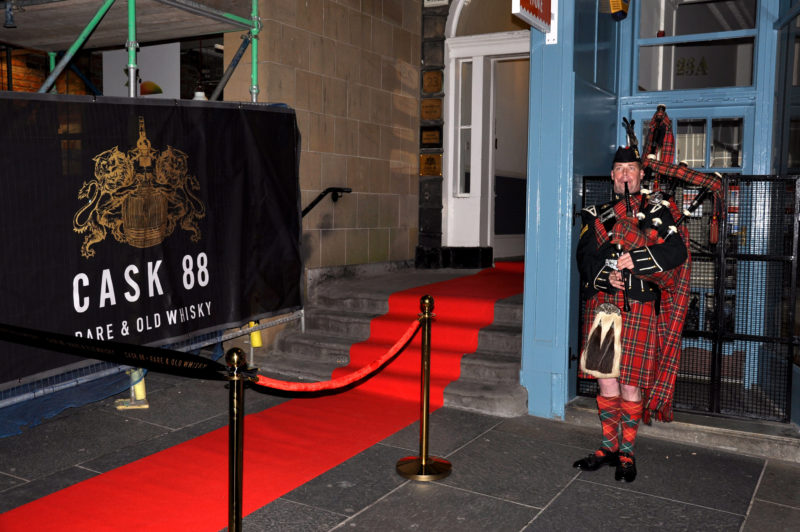 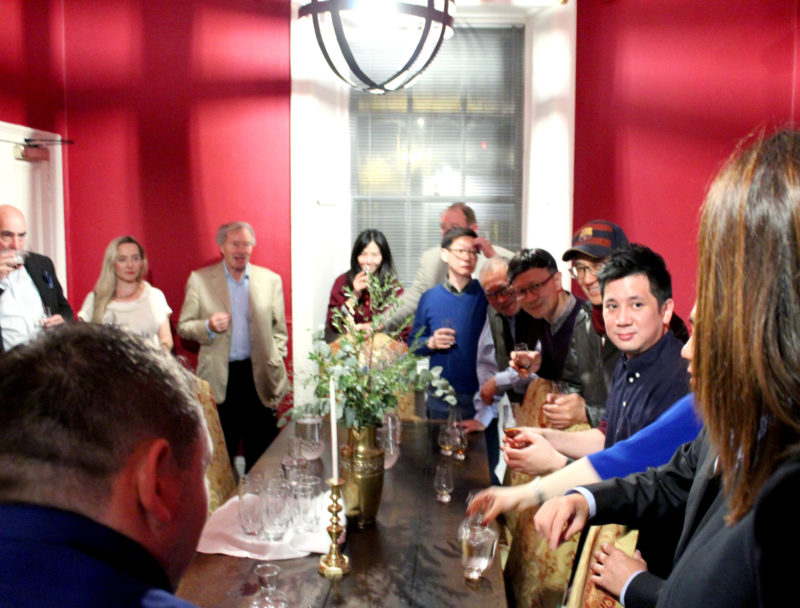 If you are looking to pursue the greatest whisky for any collector – your very own cask – then talk to us today to discuss how straightforward the process is.