When Bonhams announced its largest ever Rare and Fine Wine and Whisky auction earlier this year, it was immediately tipped as one to watch, and the auction did not disappoint. On Friday 16th November in Hong Kong, various rare and old bottles of Scottish and Japanese whisky went under the hammer, the highlight being a record breaking American Hogshead Cask from the Macallan Distillery. It was a 1996 cask, at 22 years old, which sold for HK$3,430,000 (US$437,861 / £342,271) to an absentee bidder.

The cask sale surpassed expectations, far exceeding the original estimate of HK$2,200,000 to HK$2,800,000. It set a new benchmark against the previous sale of a 30 year old Sherry Hogshead Cask from Macallan Distillery 1987, which sold for HK$2,928,000 (US$373,800 / £292,200) at Spink auction house in October 2017. Cask 88 advised last year’s sale of the Macallan Sherry Hogshead and are content to concede the record to another spectacular cask of Macallan whisky.

Daniel Lam, Director of Wine & Whisky at Bonhams Hong Kong, commented on the cask sale, “Not only has this 22 year-old cask reached the highest record price realised at auction, but it is also the most valuable per bottle cask sold in auction worldwide and is expected to produce 310 bottles valued at HK$11,064 per bottle.” 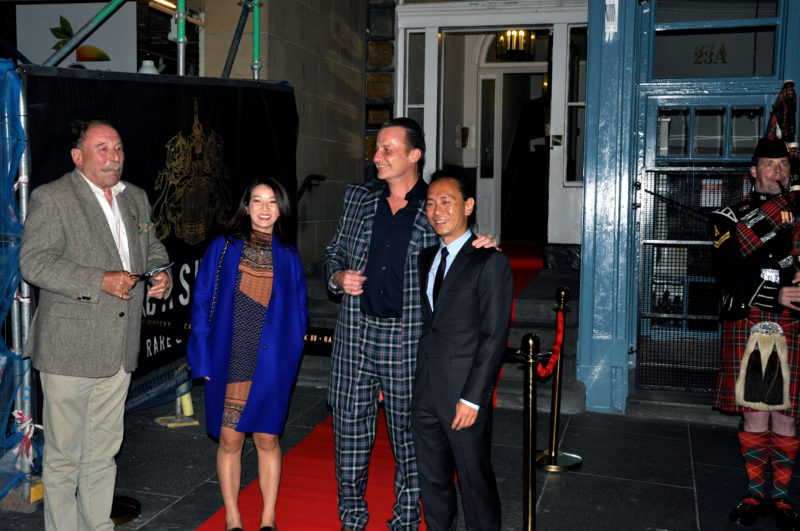 Looking for your own headline-making cask of fine Scottish whisky?

Start your journey towards owning your very own cask of Scottish whisky with Cask 88’s expert team. Find your ideal cask with a private Scottish whisky tasting at our premises in central Edinburgh, then be guided through all stages of maturation, branding and bottling.