Online launch party attendees, expecting an introduction to the second release in Cask 88’s multi-award-winning series of single cask whisky bottlings inspired by legends of Scottish folklore, were also treated to news of reservations opening for very old liquid from the renowned Speyside distillery of Glenlivet. Guests of the in-person launch, an evening of whisky, canapes and entertainment at medieval Borthwick Castle, also received a first look at the new releases.

The second in the Cask 88 Scottish Folklore Series, intended to ‘bond the stories of Scotland’s unique history with the very finest expressions of its spirit’, was revealed to be a 22 Year Old Arran 1997 Single Malt (70cl; 42.4% ABV; £200 RRP) represented by the capricious Selkie. Long feared by fishermen and island dwellers, Selkies shed their skin to change from seal to human form, and will seek human lovers to drag to the ocean’s depths, according to legend. Only 183 bottles will be available. The first in the series was a 45 Year Old Ben Nevis 1972 Single Malt (70cl; 43.2% ABV; £650 RRP): Cù-Sìth, which picked up three gold medals across the 2018 International Wine and Spirits Competition and the 2018 2018 Independent Bottlers Challenge. At the launch event at Borthwick Castle, Scottish author and actor Matthew John Donnachie, otherwise known as ‘The Jacobite Officer’, regaled tales of Scottish folklore to tease the unveiling. 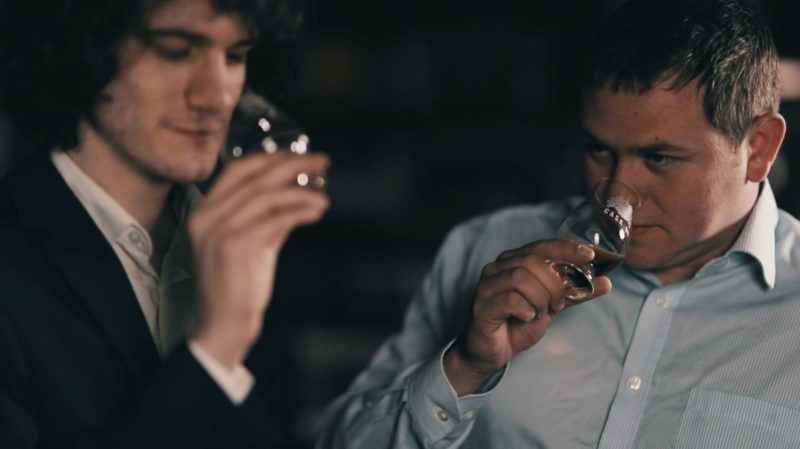 Online and in-person attendees of the launch party had their patience rewarded with news of a second, older release. A 50 year old distilled at Glenlivet (44.5% ABV; £6,800 RRP; #6201; distilled 10th October 1968), matured over five decades in a sherry hogshead cask, is now available to reserve online for June 2019 delivery. The whisky is one of the casks chosen by Scotch whisky legend Abe Rosenberg, a dedicated importer of Scotch whisky to the United States in the years following the Prohibition era. Housed in a handcrafted display case, which was inspired by the aesthetics of a whisky cask and created by Cumbrian luxury craftsmen Croglin, the engraved decanter of Italian glass is sealed with a bespoke tamper seal and neckband of silver engraved by Scottish silversmiths Hayward & Stott. Only 272 bottles are available.

“To be able to unveil not one, but two, spectacular new releases, in one evening, is a real testament to the quality of casks we’ve recently seen come to market,” said Cask 88 Director Patrick Costello. “Both releases are a great marriage of masterful whisky production with show-stopping packaging design: from the contemporary feel of the 22 Year Old distilled at Arran, to the classic design of the 50 Year Old distilled at Glenlivet.”

The 22 Year Old Arran 1997 Single Malt: Selkie from the Cask 88 Scottish Folklore Series is available to purchase through the Cask 88 website and from WhiskyFoundation.com for worldwide delivery, and in person from Cask 88 Sales Managers globally.