May We Offer You A Dram?

For a lot of people, if you ask them to think about what an independent bottling or single cask whisky is, they think:

Not to toot our own horn too much but this is actually what we specialise in – most of the time. Especially those award winning designs.

But there comes a time in an independent bottlers life when they stare up at their shelf of art-whiskies and they think to themselves:

‘I would love a dram right now.’

We are probably never going to stop loving rare and hard to find bottles – but – there are times when more than anything we want to share a dram.

A beloved friend or relative comes to visit from a far away location; you want to welcome them with something truly special. Something that is also from a very certain time and a very certain place. They likely won’t find again if they’re visiting someone else. But also something that the pair of you can have more than a few glasses of, if the feeling takes you.

This is where Unfiltered comes in. 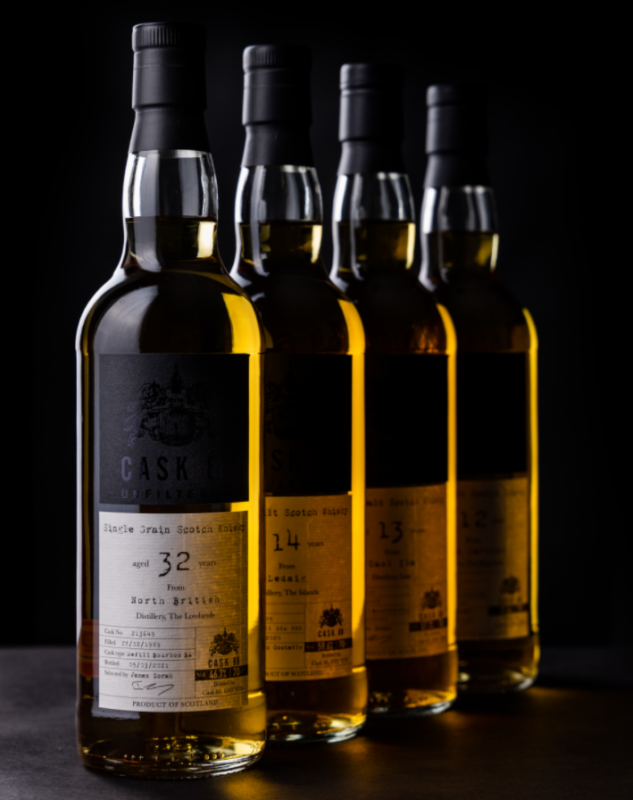 1. This is still single cask whisky.

2. These are still unusual bottlings.

3. This is still extremely delicious whisky.

It’s just that this time we are inviting you to focus on the liquid inside. 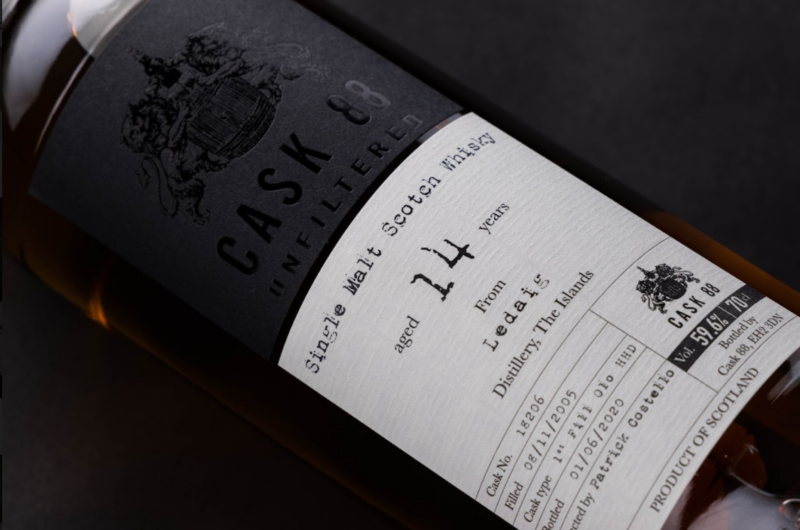 (To speak in a totally ‘unfiltered’ fashion I would say that the design is also still very special. The typography is lovely and I personally like something a little minimalist. Many people are also a fan of the matt black/shiny black contrast. But don’t let the artists who help with our other designs hear that, they spend a lot of time and creative energy on our more eye-catching and unique labels, such as the monstrous Folklore series and the beautiful watercolours of the Scotch Express.)

If Unfiltered invites us to concentrate on the flavours then let us do exactly that. My personal favourite is the North British 32 Year Old. Grain whisky is maybe the lesser known style of Scotch Whisky.

There are in fact five kinds of Scotch: Single Malt, Single Grain, Blended Malt, Blended Grain and Blended Whisky. People normally associate Scotch with Single Malt – which is the stuff made from malted barley. Single Grain Whisky, which is what this North British is, is made from a different grain such as wheat or rye. If you’re interested in learning more about the qualities of a grain whisky we wrote a whole piece about it, available here.

North British is an Edinburgh distillery, on Wheatfield Road no less, that has been making Whisky since 1885. It was established by legends of Whisky History Andrew Usher, John Crabbie and William Sanderson. If you take a stroll along the west end of Edinburgh you will occasionally catch a delightful toasty sweet whiff as they make their delicious golden nectar. 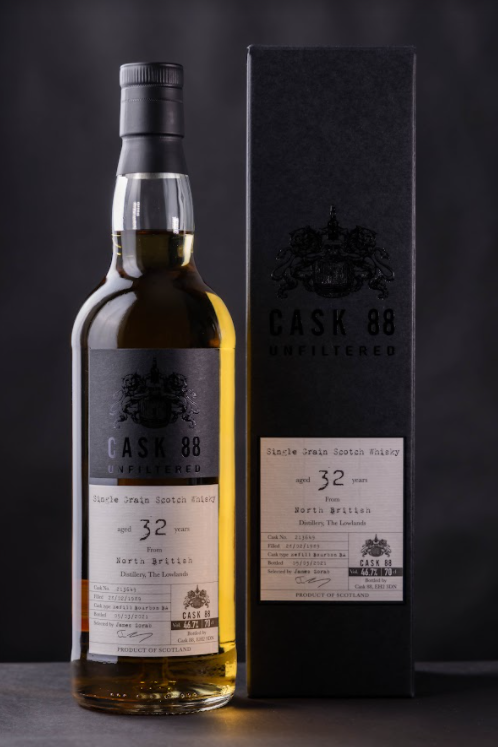 I like grain whiskies because they tend to be very soft and sweet and I especially love older grain whiskies because they soak up all of that oaky flavour really well. This particular single cask grain whisky I found to be a whole flavour journey. At first very, very oaky. I could almost taste the whorls and divots in that wood. Then it opened up into a malty and honeyed, crisp delight. A little like a malty breakfast cereal, but so much better. I found the finish ended in a more floral style. 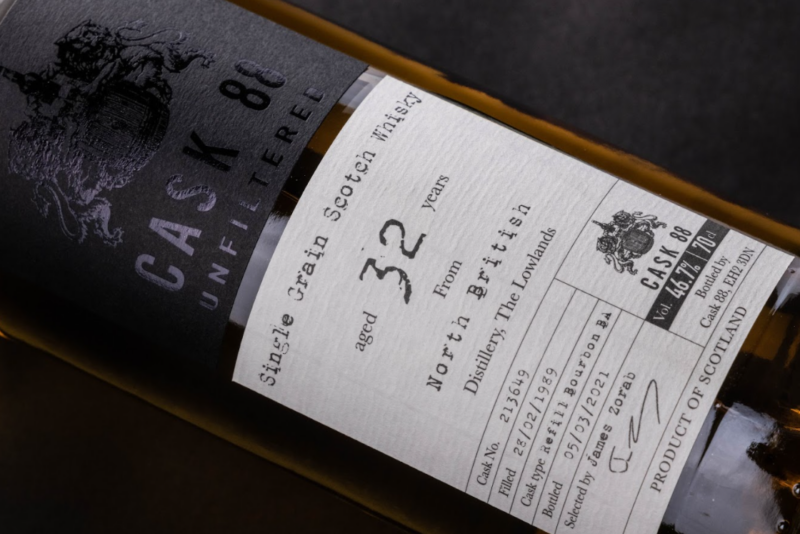 Sam, on the other hand, much preferred the ‘indulgent desert style’ Ledaig 14. Beauty is in the eye of the beholder and whisky tastes are equally as subjective.

“I did indeed. The Ledaig 14 was the one that filled my glass while filming the teaser video for the Unfiltered series, so it’s the one I’ve become most intimately familiar with. It’s so rich, fruity and subversively smoky, and it just keeps getting better with every sampling. We had to do a surprising number of takes to get the ‘taking a drink’ scene just right! – Sam”

I guess what you will have to do is buy them all to find your favourite. Good job they are not as expensive as our other whiskies.